My return to the home front has left me with a laundry list of things to take care of that have been postponed much too long. Patricia, Mate and I are expecting a new addition on August 11 so I've been busy making sure mom doesn't overdue it during her pregnancy. That's my excuse for the month long delay in posting anything to the blog site!

As I mentioned in my most recent newsletter now is the perfect time to email me some ideas that you would like the Missouri General Assembly to address during the 2008 session. Every summer I put together a list of issues I intend to work on in Jefferson City. I throw many of the ideas to my colleagues and often find they are also working on the same issues. The ideas are also given to a team of legislative researchers at the capital who are able to point out some of the pitfalls of these ideas and write them into a format so that a bill can finally be filed. Going through these steps helps move things along more smoothly when session begins.

So feel free to share some ideas on this blog or email my office if you've got that idea to help make the State of Missouri better.

I also wanted to inform you that I will begin including survey questions with my newsletters. If you have not already signed up for the newsletter I encourage you to do so by entering your email address in the link at the top right corner of this blog.
Posted by State Rep. Mike Daus at 11:39 PM No comments:

Attorney General Jay Nixon on June 26 asked Gov. Matt Blunt to call a special legislative session to address a court decision that is contributing to the pending insolvency of Missouri’s Second Injury Fund.

In a 4-3 ruling in January in Schoemehl v. Treasurer of Missouri, the Missouri Supreme Court held that when a worker covered by the Second Injury Fund dies, his or her dependents can continue to collect benefits from the fund. The Second Injury Fund covers workers with pre-existing injuries or disabilities who are hurt again on the job. The Schoemehl decision is expected to cost the fund an additional $35 million a year.

The Senate in April passed SB 668 to invalidate the decision. However, House Workforce Development and Workplace Safety Committee Chairman Steve Hunter, R-Joplin, blocked the bill. Hunter’s then-employer, Associated Industries of Missouri, wanted sweeping changes to the Second Injury Fund rather than just a fix of the Schoemehl ruling.
Posted by State Rep. Mike Daus at 11:03 PM No comments:

Missouri Supreme Court Judge Laura Denvir Stith will begin a two-year term as chief justice as of July 1. Stith will replace Chief Justice Michael Wolff, who will remain on the court. The position of chief justice rotates among the court’s seven members.

Stith, 53, of Kansas City is the second of only three women to serve on the state high court. She was appointed to the court by Democratic Gov. Bob Holden in 2001. A graduate of the Georgetown University School of Law, Stith clerked for then-state Supreme Court Judge Robert Seiler. After 15 years in private practice, Democratic Gov. Mel Carnahan named her to the Missouri Court of Appeals Western District in 1994.
Posted by State Rep. Mike Daus at 11:02 PM No comments:

The Missouri State Medical Association plans to file a lawsuit seeking to invalidate a provision legalizing midwifery that was slipped into legislation by state Sen. John Loudon without the knowledge of most lawmakers, The Associated Press has reported.

Loudon, R-Ballwin, championed the midwifery bill without success for years. Without telling his fellow senators, Loudon added to a health insurance bill he was handling a provision allowing people with “tocological certification” to provide related services regardless of other state laws to the contrary. Tocology refers to obstetrics. HB 818 won final passage in both legislative chambers before the provision was discovered. Senate President Pro Tem Michael Gibbons, R-Kirkwood, subsequently removed Loudon as chairman of the Senate Small Business, Insurance and Industrial Relations Committee as punishment for his deception.

The expected lawsuit will claim the midwifery provision violates the Missouri Constitution’s prohibitions on bills containing unrelated provisions or provisions that deviate from the bill’s original purpose. HB 818’s title was “an act … relating to health insurance.” Gov. Matt Blunt signed the bill into law on June 1. The State Medical Association plans to file its lawsuit in Cole County Circuit Court later this month.
Posted by State Rep. Mike Daus at 11:00 PM No comments: 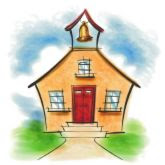 In order to start classes in mid-August, local school boards will have to hold public meetings and take formal votes under legislation Lt. Gov. Peter Kinder signed into law on June 18. Kinder signed the bill, which kicks in beginning with the 2008-2009 school year, as acting governor while Gov. Matt Blunt was in France.

SB 64 requires the school year to begin no earlier than 10 days prior to Labor Day. Districts may begin classes earlier, however, by formally voting to do so after holding a public hearing. According to The Associated Press, more than 90 percent of Missouri’s 524 school district started classes for the 2006-2007 school year earlier than 10 days before Labor Day.
Posted by State Rep. Mike Daus at 10:58 PM 3 comments:

WORKERS’ COMP DIRECTOR SAYS SHE WAS FORCED OUT

Missouri Division of Workers’ Compensation Director Pat Secrest says the Blunt Administration forced her to resign. Secrest submitted her letter of resignation on June 7 but told The Associated Press “it was not my idea to leave.”

Secrest, a former Republican state representative from suburban St. Louis, told the AP she was surprised at being asked to step down from the post, which Gov. Matt Blunt appointed her to in January 2005.
Posted by State Rep. Mike Daus at 10:57 PM No comments:

The Missouri Supreme Court on June 12 issued a decision that could make it harder for cities to use eminent domain to seize property from one private owner and give it to another for redevelopment. The 6-1 ruling stops an effort by Centene Plaza Redevelopment Corp. to obtain property for a new Clayton headquarters through eminent domain.

Before eminent domain can be used, a property must be declared blighted in that it poses an economic and social liability. In the past, these two elements have been considered jointly, a position favored by Judge Ronnie White in his solo dissent. The court majority, however, said each element must be proven separately.

The court said Clayton adequately demonstrated economic liability by showing the property in question would generate more tax revenue after redevelopment. However, the court said there was no proof the property as it currently exists is conducive to crime or threats to the public health and therefore did not represent a social liability. The redevelopment area covers some of the most expensive real estate in the St. Louis area and included thriving businesses that had been at their locations for generations.

The decision won’t prohibit future use of eminent domain for private development but does set a higher standard for establishing blight. Simply demonstrating that a property would be more productive if redeveloped is insufficient to determining blight without also proving the existing use constitutes a social liability.
Posted by State Rep. Mike Daus at 10:56 PM No comments:

In a landmark decision that overturns a 60-year-old precedent, the Missouri Supreme Court on May 29 ruled 5-2 that the state constitution grants collective bargaining rights to government employees. In the same ruling, the court voted 7-0 to reverse another long-standing precedent that allowed governments that voluntarily entered into labor agreements with employees to unilaterally break them at any time.

Article I, Section 29 of the Missouri Constitution says: “That employees shall have the right to organize and bargain collectively through representatives of their own choosing.” Although the provision contains no exemption for public sector employees, the Supreme Court created one in the 1947 case City of Springfield v. Clouse.

In the current case, the majority said the 1947 court erred in establishing an exemption for public employees where none exists in the text. In the majority opinion, Chief Justice Michael Wolff wrote: “‘Employees’ plainly means employees. There is no adjective; there are no words that limit “employees” to private sector employees. The meaning of section 29 is clear and there is, accordingly, no authority for this Court to read into the Constitution words that are not there.” Although the constitution gives government workers the right to bargaining collectively, their employers are under no obligation to agree to terms and state law still prohibits such workers from striking, Wolff wrote.

Dissenting from the majority’s decision to overturn Clouse, Judges William Ray Price Jr. and Stephen Limbaugh Jr. said the 1947 ruling has been “substantially undercut” by subsequent rulings and legislative actions. As a result, they said reversing Clouse will have little practical impact.

The current case was brought by the Independence National Education Association and other labor groups representing support staff at the Independence School District. The district voluntarily entered into labor agreements with the groups but later unilaterally changed the terms. In 1982, the court ruled in Sumpter v. City of Moberly that a public employer was free to disregard agreements with its employee unions. With the current case, the court unanimously reversed that precedent.
Posted by State Rep. Mike Daus at 10:54 PM No comments:

The new state minimum wage law Missouri voters approved last year applies to tipped workers, a Cole County Judge ruled on May 29. A group of restaurant owners sued over the law, seeking a declaration that they weren’t obligated to raise wages for tipped employees to $3.25 an hour from the federal minimum of $2.13 an hour.

With 76 percent support, Missouri voters in November approved raising the standard state minimum wage to $6.50 an hour from $5.15 an hour. Supporters said the new law entitled tipped workers to a base pay of half the standard minimum wage.

After the new law took effect on Jan. 1, the Missouri Department of Labor advised employers that they didn’t have to increase base pay for workers who earned at least $6.50 an hour through wages and tips combined. Gov. Matt Blunt overruled the department on March 14.

In her decision, Judge Patricia Joyce said the law granted tipped workers a raise. However, she said employees who were denied increases have to individually sue their employers to recover back wages owed from Jan. 1 to March 14. Employers can avoid such suits by voluntarily paying the back wages.
Posted by State Rep. Mike Daus at 10:53 PM No comments:

The 8th U.S. Circuit Court of Appeals on June 4 reversed a lower court’s ruling that Missouri’s lethal injection procedure constitutes “cruel and unusual punishment” in violation of the Eighth Amendment. The appellate decision allows Missouri to resume executions of condemned prisoners, which have been on hold since February 2006.
U.S. District Judge Fernando Gaitan Jr. found Missouri’s execution protocols to be haphazard, potentially subjecting inmates to unnecessary pain. He ordered changes in the procedure, including requiring an anesthesiologist to supervise executions. The state, however, was unable to find a qualified doctor who wanted the job.
Posted by State Rep. Mike Daus at 10:51 PM No comments: