STATE MINIMUM WAGE TO INCREASE TO $6.65 AN HOUR 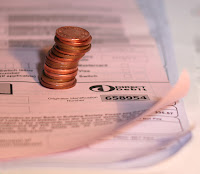 Missouri’s standard minimum wage will increase to $6.65 an hour effective Jan. 1, 2008, according to the state Department of Labor and Industrial Relations. The state’s current minimum wage of $6.50 an hour took effect on Jan. 1, 2007, following voter approval of a ballot measure in November 2006 to boost the wage, which had been set at $5.15 an hour since 1997.

Proposition B, which voters passed with 76 percent support, also requires the wage to be adjusted annually for inflation starting in 2008. The pending 15-cent an hour increase in the wage is based on a 2.2 percent increase in the Consumer Price Index from July 2006 and July 2007.
Posted by State Rep. Mike Daus at 2:52 PM