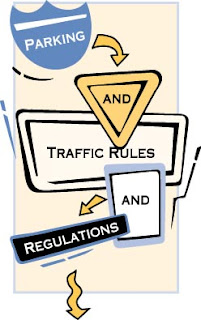 The House of Representatives on May 18 defeated an omnibus transportation and traffic regulations bill by 66-81 vote with Democrats leading the opposition. The bill, HB 596, began as a one-page measure relating to bid bonds for highway construction projects but ballooned to nearly 200-pages by the time it cleared the Senate.

One provision that contributed to the bill’s defeat would have made it harder for Missourians to challenge traffic tickets in court. Under existing law, the state must prove such cases beyond a reasonable doubt. The bill would have substantially lowered the state’s burden of proof to a preponderance of the evidence, which is must easier to meet.
Another controversial section required drivers whose licenses have been suspended for more than 60 days to purchase special license plates for all vehicles licensed solely or jointly in their name. The measure granted police the power to pull over vehicles bearing such plates at will. Many lawmakers were concerned the requirement would cause unnecessary collateral damage by requiring innocent drivers to get special plates on cars they own jointly with a family member whose license had been suspended.
Posted by State Rep. Mike Daus at 2:05 AM