STEM CELL ISSUE COULD BE HEADED BACK TO BALLOT 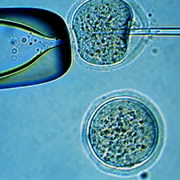 Opponents of a constitutional amendment Missouri voters narrowly approved last year protecting stem cell research have proposed a follow up measure that essentially seeks to overturn the result of the previous vote. The group Cures Without Cloning on Aug. 22 filed the proposed ballot measure with the Secretary of State’s Office.

The latest proposal would make no changes to the 2006 amendment but add several new constitutional provisions that would have the effect of rendering the existing language invalid. If their petition is approved for circulation, the group must gather the requisite number of signatures from registered voters to place the issue on the 2008 ballot.
Posted by State Rep. Mike Daus at 1:46 PM