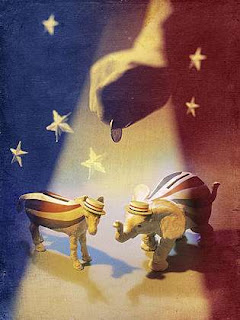 The House of Representatives on March 27 approved a $22.45 billion state operating budget for the 2009 fiscal year, which begins July 1. The House budget is nearly a half-billion dollars under the $22.94 billion Gov. Matt Blunt requested.

The budget provides the minimum increase required by law for public schools and doesn't reverse the health care cuts of 2005. Republicans narrowly defeated efforts by Democrats to expand Medicaid eligibility and restore dental and vision coverage. Democrats, however, scored a victory in winning approval of an amendment sponsored by state Rep. Margaret Donnelly, D-St. Louis, to restore coverage for occupational, physical and speech therapy.

The 13 appropriations bills that make up the state budget now head to the Senate for further consideration. The constitutional deadline for sending the budget bills to the governor is May 9.
Posted by Rep. Mike Daus at 3:29 PM