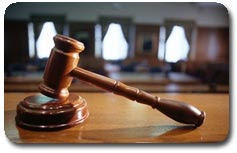 The Missouri Constitution gives the governor a limited role in appointing appellate judges by requiring him to pick a nominee from a list of three finalists selected by the Appellate Judicial Commission. When a vacancy opened on the Supreme Court last summer, Blunt publicly complained that his favored candidates didn’t make the cut before ultimately picking Patricia Breckenridge, then a judge on the Missouri Court of Appeals Western District, from among the finalists chosen by the commission. The controversy sparked an effort to amend the constitution to give the governor more control over the nominating process. House Democrats, joined by a handful of Republicans, defeated the proposed amendment 69-83.

Limbaugh is completing work on pending cases and is expected to resign from the Supreme Court and begin his duties on the federal bench later this summer. The Appellate Judicial Commission likely won’t begin the process of replacing Limbaugh until he either steps down or announces a firm date for when he plans to do so.
Posted by Rep. Mike Daus at 10:26 PM