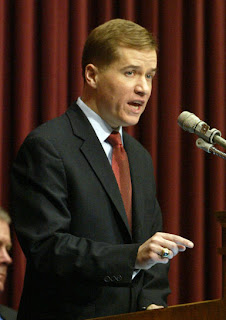 Gov. Matt Blunt is asserting his office provides him an “absolute privilege” against liability in a pending defamation and wrongful termination lawsuit filed against him by a former employee, the St. Louis Post-Dispatch reported on April 15. In court documents related to the case, Blunt claims the privilege applies even if he made “intentionally false statements” about the employee.